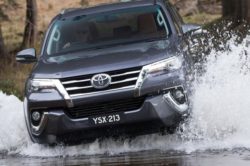 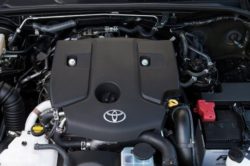 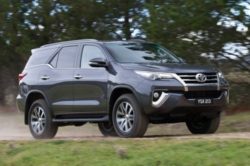 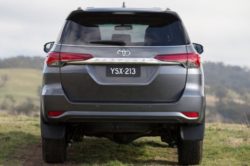 Released back in the mid of 2015, the all new Fortuner is a great crossover built on the same platform as the Hilux. However, while it is currently available in most countries around the World, it is still missing from India where a large portion of its buyers is. On top of that, it seems that the upcoming 2017 Toyota Fortuner might also be the basis for the future 4 Runner but more on that later. The 2017 model of the car is not expected to bring any major changes, especially since it is a new car. The largest updates will be the Indian model.

This has been delayed by more than a year because Toyota is going to build the crossover locally. This move will allow for a smaller starting price as well as it will aid the local economy. The base price is still unknown for this market but the car may cost less than the equivalent of $30,000 or 2 million of Indian rupees which would be a major improvement over the ongoing generation of the car. In order to achieve this price, the new 2017 Toyota Fortuner will not only be assembled in India. Instead, the car will be made with local parts and materials.

While in some other markets the car is available with varying engines, it will only get two offerings here. The base Fortuner is going to make use of a 2.4 liter turbocharged inline 4 diesel. This will offer 148 horsepower and over 300 N*m of torque and it will directly replace the previous 2.5-liter engine. Further up the range, a 2.8 liter turbocharged inline 4 will replace the larger 3-liter engine. This will make 175 horsepower and closer to 400 N*m of torque. Both of these are more powerful than their previous counterparts and significantly more efficient.

Not much else has been said about them. Also, it seems that a petrol engine will be missing completely. This is still fine as the Fortuner does best with a diesel. This will offer a larger range than a petrol counterpart, it will use less fuel and it is usually more reliable. A six-speed manual will be standard and for the first time on this model, a six-speed automatic will be an option.

The less interesting parts of the 2017 Toyota Fortuner are its exterior design and its cabin. Both of these are going to be carried over completely unchanged from the International model. The front end will be pretty similar to the Hilux. The two will share the same grille and headlights but the Fortuner will receive a new bumper. At the back, the Fortuner will also take small design cues from the older model. One of the largest upgrades over the older model is going to be the interior of the car. Here everything will be new to the ongoing generation. There will be more space available, better materials used across most surfaces as well as a much nicer driving position.

Also, like we mentioned above, the upcoming 2017 Fortuner might be the basis for the new 4 Runner. Not much has been said about it but the US model could use the same chassis, some of its engines and a nearly identical interior. However, in order to be able to sell in the United States, the Fortuner would have to go through a few changes. Most rumors suggest that the US model will be imported from India. This will allow Toyota to see if the market would receive such a car well. After that, the production would be moved to the US. Unfortunately so far not much else has been said but it is certain that the 4 Runner will be replaced in 2017 and the best contender is the Fortuner.