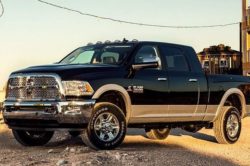 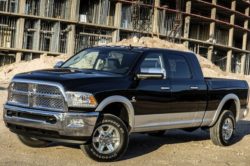 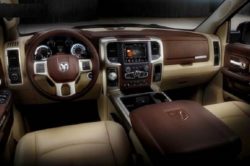 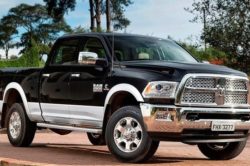 The current 2500 has been introduced roughly at the same time with 1500 which has been around since 2008. In the meantime, both Ford and GM released all new medium and heavy duty trucks, so Ram has been left behind. However, it seems that this is about to change as the first rumors about the upcoming 2018 Ram 2500 have started to surface. Like before, the new truck should be released roughly at the same time with the new 1500. The official release date hasn’t been made available but it seems we should see the truck sometime in the mid of 2018.

The new Ram 2500 2018 will remain a body on frame truck and it will still be just as capable as ever. However, Ram is expected to make quite a few changes and upgrades to its chassis. Firstly, this time around the material of choice should be high strength steel while aluminum might be used in some areas as well. Unlike Ford, the body of the future Ram won’t be made entirely out of aluminum. Instead, it seems that just the front end and the doors will be using aluminum. The actual cab, as well as the bed, might still be made out of steel. This would likely allow Ram to keep production and development costs down and it should also allow the buyer to repair the truck in the eventuality of a crash for cheaper. The price should be similar to the current models, so no big changes here.

The 2018 Ram 2500 is still a well-guarded secret at this point. Unfortunately, we have only managed to see the spy shots of a development mule for the future 1500. This used a much longer cab than before which is definitely going to be seen here as well. Its front end should change considerably as well. However, it may look a lot more like a huge update of what is currently available than an entirely new design. We would be fine with this, especially since the Ram is the better looking of the three heavy duty trucks currently available.

Rumors suggest that the upcoming Ram 2500 will feature a slightly larger cabin than before. This could be achieved with the new chassis, which could be less intrusive. On top of that, the truck is actually expected to get slightly wider and it may get taller as well. The features and equipment level should be similar to what is currently available on the F-250 or even the Silverado 2500. Expect a 360-degree camera system, an automatic trailer braking and steering system and even a more advanced automatic cruise control unit.

There are currently three different engines available on 2500, two V8 petrol engines and an inline 6 diesel. We are quite sure that the future 2018 Ram 2500 will stick with these three engines at least for a while. The base truck should receive the 5.7 liter V8 Hemi which might be bumped to what it makes in 1500 at 395 horsepower and 410 lb-ft of torque. The 6.4 liter naturally aspirated V8 should still make 410 horsepower and 429 lb-ft of torque. The top of the range model will continue to be the diesel. This 6.7 liter inline 6 Cummins currently makes 385 horsepower and 900 lb-ft of torque, making it the most powerful engine ever to be fitted to a truck this size. For the 2018 model this might be bumped even further but considering the lower weight, it should be more than enough. A new transmission has been expected for some time but it seems that the old 6 speed automatic might still be used for this generation of the Ram 2500.

All of these changes ensure a better on road and off road experience. However, if you are planning on going off road you may want to consider looking into the best mud tire options available on Treadwright.com to ensure a safe and fun ride.

For the last decade, pharmaceutical companies have been testing and developing topical creams that contain the drug alprostadil. cialis 20mg price in malaysia The brand-name drug Vitaros is a cream formulation of alprostadil.