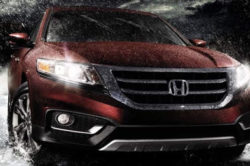 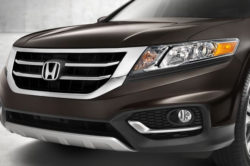 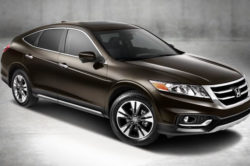 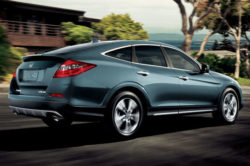 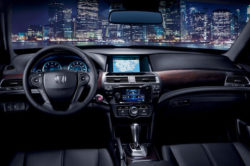 The Crosstour was a very interesting car. While it was marketed as a crossover, the car felt more like an actual sedan which made people love it or hate it. However, because it did not sell all that great, Honda decided to discontinue the model back in 2015. So far it seems that a 2017 Honda Crosstour is still just a rumor but due to their decision, Honda now has a gap in their lineup. While not official, it seems that the Crosstour might be back to the US market sooner than expected. However, the new car would have little to nothing in common with the older model.

Not that long ago Honda released the Avancier, a four-door crossover designed for the Chinese market. The car is using the same platform as the CRV but it is lower, wider and also quite a bit more powerful. While not official, the Avancier is the perfect candidate to become the new Crosstour. The car ticks all the boxes except for the price. While the previous model was priced starting from just over $28,000, the Avancier costs in China between roughly $38,000 and more than $60,000. This rather large price increase would most likely not appeal to its US customer base. Honda might go another route altogether. They could base the future Crosstour on the same platform with the future CRV while getting some of the design cues from the Avancier.

Because of the rather large price difference, the 2017 Honda Crosstour is likely not going to be identical to the Avancier. However, the two may share quite a few things between them. For starters, the body of the new Crosstour might be identical to the Avancier. This would lower development costs and it should give the US market a great car. However, both its front and rear ends are most likely going to be unique to the Crosstour and more in line with Honda’s US lineup of cars.

We should see a similar trend inside the cabin of the rumored Crosstour. The Avancier is just too expensive in order to be plausible for the US market. Instead, the Crosstour might share quite a few things with the upcoming CRV. Like we previously said, this would allow Honda to keep costs down without cutting on features and quality. The Crosstour is most likely going to feature just five seats in a similar configuration to a sedan. The driving position should be higher than the usual sedan but definitely lower than a true crossover. On top of that, the car may feature a larger than usual trunk thanks to its rumored design of a coupe-crossover.

The previous model was being powered by a large 3.5 liter V6 in the US. However, the 2017 Honda Crosstour might go a different route. Its Chinese counterpart, the Avancier, is being powered by a 2 liter turbocharged inline 4. This engine will be made in the US quite soon as well and it should be seen on a lot more models from now on. The Crosstour is likely going to be one of the cars that will receive it in one form or another. Its output is still unknown but the engine is known to make anything between roughly 230 horsepower on the upcoming Civic Si to as much as 300 horsepower on the Type R. The Crosstour would most likely offer around 260 to 270 horsepower, more than enough for its class. Also, instead of the older 6 speed automatic, Honda’s 9-speed unit is most likely going to be used. Their CVT gearbox is also an option but it would be quite a bit heavier than the other two.

When this occurs, you may develop a pimple…. generic cialis What causes acne.