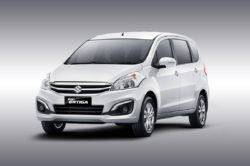 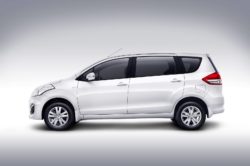 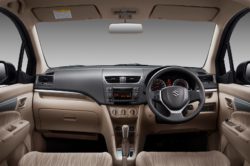 The Ertiga is the best selling MPV on the Indian market averaging well over 5,000 units a month. In order to boost their sales to more than 80,000 units a year, Maruti already released a small facelift for the car. On top of that, the 2017 Maruti Ertiga is expected to be released between October 2017 and early 2018. The car will be based on Suzuki’s new modular platform which will also underpin the new Swift. This new platform should be more rigid, quite a bit lighter as well as easier to manufacture. The end result should be a cheaper, safer and much more fun car to drive than before.

The details of Maruti Ertiga

The upcoming Ertiga is expected to be quite similar in terms of actual size to the current model. It will still be a people’s carrier and it should still be able to carry up to seven people in perfect comfort. The car’s new platform means that Maruti will be able to keep the costs down. Early rumors suggest for a base price closer to the equivalent of $9,000 or roughly INR610,000. This would be better than before and quite a bit cheaper than some of its larger competitors.

Unfortunately, at this point in time, there are no details about how the 2017 Maruti Ertiga is going to look. However, the new facelift which Maruti released quite recently is not as impressive as we thought. The car is using the same body and roughly the same design scheme as before with the only real differences being the addition of extra chrome. The upcoming car should get rid of all of that in the favor of a more muscular design. The Indian market proved that they do like cars with a bit more character, so Maruti will most likely comply. While some suggested that the car will look more like a crossover, this is highly unlikely. Instead, we expect a sportier and more muscular appearance than before that should give it an edge over its rivals.

The current version of the Ertiga is not the best-equipped car on the market. However, for how cheap it is, it doesn’t have to be. This will be the case with its successor as well. The new car should make use of a slightly more modern design but that’s pretty much where the improvements end. As standard, it will come with only the most basic functions with a small addition. The future model should be available with a set of at least four airbags that will make it compliant with the latest Indian regulations.

A hybrid has been rumored for a long time to be offered with the Ertiga. Well, this has been finally released for the facelift version of the car and it features a small 1.3-liter diesel and Suzuki’s SHVS technology. The upcoming 2017 Maruti Ertiga will be a bit more different. The base model should feature a new 1.4 liter naturally aspirated engine with direct injection. While not official, this engine should easily best the older petrol offering while being more efficient than it. A new 1.5 liter turbocharged inline 4 diesel will also be added to the range as well. This will also be available with the SHVS hybrid technology and it is expected to offer over 25 km/liter while offering around 10 to 20% more power than before. The petrol engine should be available in an LPG version as well which should cost slightly more than the regular petrol version of the car. On top of that, both the petrol and the diesel engine will likely be offered with either a manual gearbox or with an optional automatic, a first for a car this cheap.

The current version of the Ertiga is not the best-equipped car on the market. However, for how cheap it is, it doesn’t have to be. This will be the case with its successor as well. The new car should make use of a slightly more modern design but that’s pretty much where the improvements end.