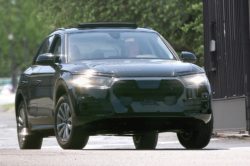 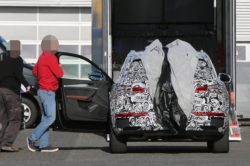 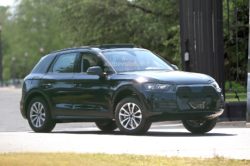 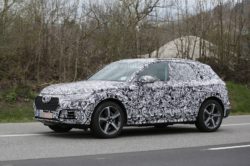 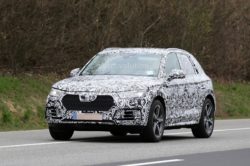 Despite being released in 2008, the current Q5 is still chosen by many people as it offers a superior package over most of its rivals. However, in order to prepare it for its upcoming rivals, an all-new version will be released with the 2017 Audi Q5. So far not much has been officially revealed but leaks did give us a good idea of what the car may offer. For starters, it will be one Audi’s upcoming MLB Evo cars. This means that it will share its underpinnings with the new Q7, A4 or even the Bentayga. Over the ongoing model, the new car should get lighter, more likely better to drive as well as more refined.

So far a few models have been spied testing in India, at the Nurburgring and even the US. This tells us that Audi might want a complete package. We expect the new 2017 model to not only be better to drive but also noticeably more efficient. The car might be first revealed later this year but a production model is not going to hit the market until 2017. When it will become available for sale, the starting price might increase slightly. This is because Audi will offer the Q2 which will make the Q3 more expensive and in its turn, the Q5 as well.

This is not that great for its customers especially since we really don’t expect any major changes over the current car. The new 2017 Audi Q5 might feature slightly better materials but that should be it. Inside the cabin there will be just as much room as before for both passengers and luggage and the general feel will be that of a crossover A4. This is not that bad for those looking to get an all weather car. The Q5 will provide great levels of comfort and its new interior design will certainly make it a winner. However, in our opinion, it will not be worth it over a regular A4 which will offer just as much at a lower price point.

With the new platform, a new design will also be in store. The upcoming Q5 will borrow quite a bit of design cues from the all new Q7 and A4. In the front, the car will feature Audi’s new headlights with four individual LED clusters. The hexagonal grille with the 3D design and the aggressive lines on the sides should be carried over as well. At the back, the car might get a slightly lower roofline and a lower loading floor. This will mean that the opening for the trunk will remain the same while giving it a slightly more aggressive feel.

In the US the Q5 is being powered by either a 2-liter engine or a larger 3-liter unit. For the new 2017 Audi Q5, we expect to see a few more powertrains to be offered across the world. The diesel engines will most likely be missing from the US market. However, all the others should be there. The base model is likely going to receive a 1.4-liter turbo with as much as 180 horsepower. Further up the range, a 2-liter mill with close to 260 horsepower will be an offering for sure. The top of the range model will continue to offer a large 3 liter V6. However, this time around this will be twin-turbocharged. The Q5 S version should easily offer closer to 350 horsepower. A future RS model, on the other hand, might reach as much as 500 horsepower. This would make it the most powerful crossover in its class by a big margin. Only the base engines will receive a manual. All the others will get a dual clutch unit or ZF’s 8 speed automatic and Audi’s Quattro all-wheel drive system.

We expect the new 2017 model to not only be better to drive but also noticeably more efficient. The car might be first revealed later this year but a production model is not going to hit the market until 2017.