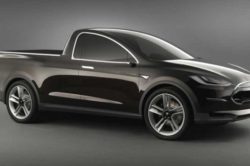 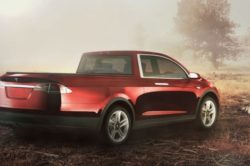 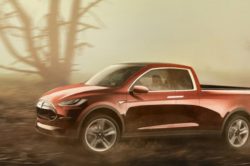 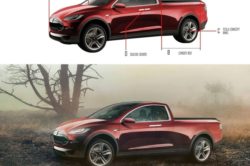 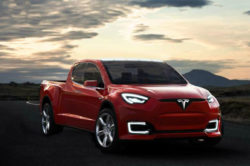 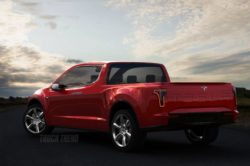 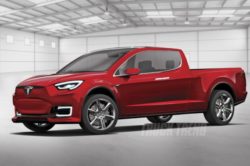 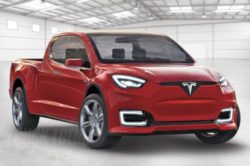 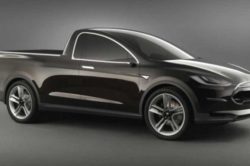 The truck market is expanding at a very high pace now that the gas is so cheap. Because of that many manufacturers are trying to take a piece of the action. One of these is a bit more unusual, though. It seems that Tesla might release a pickup truck for the US market. Until a few days ago nothing has been confirmed, but then suddenly all the rumors that have been around since 2013, became a reality. One simple announcement from Tesla’s CEO Elon Musk could change pickup truck market for good. Elon Musk said then that a truck would make a lot of sense and especially so an electric one. It would offer a larger towing capacity than most and it would be very reliable. According to official information from Tesla, they have plans to enter the market with an SUV, pickup truck, and that they are at the beginning of developing heavy-duty trucks and buses. The revelation of plans to bring all of this to reality is scheduled for the next year. Let’s take a look at how this 2017 Tesla Pickup Truck might look like.

So far not much has been said about this new truck. However, it seems that the rumored Tesla truck would use the letter P as its name. On top of that, it would be based on an entirely new chassis. Like with the Model S, the chassis will be like a skateboard where the batteries will be mounted in the middle. Thanks to the fact it won’t have to house any passengers in the back, or luggage for that matter, the truck would also receive a larger battery. The price is still unknown considering that the production model is more than a few years away. However, we are positive that when it will hit the market, it might cost around $40,000. If Tesla manages to hit this number then we are quite sure they are going to dominate the market.

Why? Well, considering that trucks are usually used as workhorses, the upcoming 2017 Tesla Pickup Truck would have a massive advantage. It would use just electricity which is cheaper than gas; much cheaper. In fact, people would be able to save a lot of money by running the car on cheap electricity. Also, Tesla would likely offer their SuperCharger network for free or for a yearly fee in which case the truck would become even cheaper to run.

In order to become successful, it would offer at least 200 miles of range. Now that batteries have been greatly improved, this is not that tough to do. The Tesla P would likely get a 100 to 120 kWh battery pack which is certainly larger than that on the Model S. However, this should allow the truck to run for up to 200 miles while towing a 6000 to 9000 pounds load. With a recharge time of fewer than 30 minutes, it should be a great deal for many. Unlike many other trucks on the market, the Tesla P will benefit from a trunk. This is because in the front it won’t have a large petrol engine but instead a “frunk”. Here its passengers will be able to store securely anything, just like in a car. This will definitely make it a better fit for those looking to get a truck as an all around vehicle.

Like with the Model X, the future 2017 Tesla Pickup Truck is definitely going to be an all wheel drive truck. However, because it will have to fill in a completely different role, we do expect some changes to its engines. For starters, the truck will likely offer two identical electric motors, both offering around 200 to 250 horsepower. These two should be nearing 600 lb-ft of torque which will be more than enough for anything. Also, in order to make better use of that torque, this may be the first Tesla with a two-speed gearbox with a low-range mode. This should allow it to tow in excess of 30,000 pounds at low speeds and it might be the trait that will allow it to sell. Also, it might be able to offer more than 300 miles of range when not towing anything which is definitely a plus.

Like with the Model X, the future 2017 Tesla Pickup Truck is definitely going to be an all wheel drive truck. However, because it will have to fill in a completely different role, we do expect some changes to its engines. For starters, the truck will likely offer two identical electric motors, both offering around 200 to 250 horsepower. These two should be nearing 600 lb-ft of torque which will be more than enough for anything.